THESE ARE THE DAYS 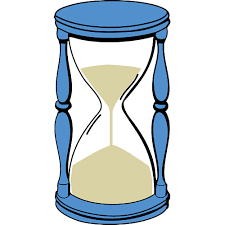 Who IS Cheryl D. Mills?

Why will Raymond Maxwell confront her?

The Daily Beast reports that one of the Benghazi fall guys is refusing to take the fall. Raymond Maxwell was put on indefinite leave by the State Department after its Administrative Review Board (ARB) investigation of Benghazi for reasons that are still unknown to him. The person he claims made the decision to cast him out was Cheryl Mills--Hillary Clinton's former chief of staff and counsel at the State Department.

It is the second time Mills' name has turned up during scrutiny of the State Department's response to the attack.

According to a new report by Josh Rogin: "On the day after the unclassified version of the ARB’s report was released in December, Mills called Acting Assistant Secretary of State for Near Eastern Affairs Beth Jones and directed her to have Maxwell leave his job immediately."

Maxwell has now been sitting at home waiting for some formal action on his case for five months. And because he has not been fired, he cannot contest his treatment.

He is speaking out now, he tells the Daily Beast, "to restore my honor."

Three different officials told Rogin that security decisions about Benghazi were made at the Assistant Secretary level by Beth Jones and Liz Dibbie, neither of whom have been disciplined. That seems to be at odds with the findings of the ARB report (at least the declassified one) which faulted, "Systemic failures and leadership and management deficiencies at senior levels within two bureaus of the State Department." Jones and Dibbie were the "senior levels" of those two bureaus, not Maxwell and the three others who lost their positions.

According to an unnamed State Department official, there was a deal agreed to between Clinton's adviser Cheryl Mills and Assistant Secretary Jones. The deal was that Maxwell would be transferred to a new job once the scrutiny on Benghazi died down. But Mills reneged on the deal and instead put Maxwell on the administrative leave he has now been on for five months.

This is the second time that Cheryl Mills' name has come up in less than flattering circumstances relating to the Benghazi attack. Earlier this months, Gregory Hicks testified before Congress that Mills had called him to demand a report on a meeting Hicks had with Rep. Jason Chaffetz. Here is the exchange:

Last week, Rep. Issa subpoenaed one of the authors of the ARB report, Ambassador Thomas Pickering. However, since Maxwell is not mentioned in the unclassified version of the report, it is unclear whether Pickering will be able to answer questions about his situation.

Regardless, Maxwell's decision to challenge Clinton suggests that there may indeed be much more to the Benghazi scandal than is yet known.

Obama is calling Benghazi a “sideshow.” Dead Americans and an attack on our consulate on September 11, 2012 is a “sideshow“?  On that alone, he shows how unqualified, incompetent, dangerous and unconcerned he is/was with American lives and national security — not to mention that he has, yet again, been exposed as a vicious, bold-faced liar.

Dick Cheney said on Hannity: “I think it’s one of the worst incidents frankly that I can recall in my career.”  He said that officials would not allow Americans to know the truth about the attack because it would challenge the basis for President Obama’s re-election campaign. “If they told the truth about Benghazi — that it was a terrorist attack by an al-Qaida affiliated group — it would destroy the false image of competence that was the basis of his campaign for re-election,” Cheney insisted. “Well they lied.”

CNN has obtained an email sent by a top aide to President Barack Obama, in which the aide discusses the Obama administration reaction to the attack on the U.S. posts in Benghazi, Libya. The actual email differs from how sources inaccurately quoted and paraphrased it in previous accounts to different media organizations.

The significance of the email seems to be that whomever leaked the inaccurate information earlier this month did so in a way that made it appear that the White House – specifically deputy National Security Adviser for Strategic Communications Ben Rhodes – was more interested in the State Department’s desire to remove mentions to specific terrorist groups and warnings about these groups so as to not bring criticism to the Department than Rhodes’ email actually stated.

The actual email from then-Deputy National Security Adviser for Strategic Communications Ben Rhodes appears to show that whomever leaked it did so in a way that made it appear that the White House primarily concerned with the State Department’s desire to remove references and warnings about specific terrorist groups so as to not bring criticism to the department.

“Sorry to be late to this discussion. We need to resolve this in a way that respects all of the relevant equities, particularly the investigation.

“There is a ton of wrong information getting out into the public domain from Congress and people who are not particularly informed. Insofar as we have firmed up assessments that don’t compromise intel or the investigation, we need to have the capability to correct the record, as there are significant policy and messaging ramifications that would flow from a hardened mis-impression.

“We can take this up tomorrow morning at deputies.”

You can read the email HERE.

ABC News reported that Rhodes wrote: “We must make sure that the talking points reflect all agency equities, including those of the State Department, and we don’t want to undermine the FBI investigation. We thus will work through the talking points tomorrow morning at the Deputies Committee meeting.” The Weekly Standard reported that Rhodes “responded to the group, explaining that Nuland had raised valid concerns and advising that the issues would be resolved at a meeting of the National Security Council’s Deputies Committee the following morning.”

Whoever provided those quotes seemingly invented the notion that Rhodes wanted the concerns of the State Department specifically addressed. While Nuland, particularly, had expressed a desire to remove mentions of specific terrorist groups and CIA warnings about the increasingly dangerous assignment, Rhodes put no emphasis at all in his email on the State Department’s concerns.

Previous reporting also misquoted Rhodes as saying the group would work through the talking points at the deputies meeting on Saturday, September 15, when the talking points to Congress were finalized. While the previously written subject line of the email mentions talking points, Rhodes only addresses misinformation in a general sense.

So whoever leaked the inaccurate information earlier this month did so in a way that made it appear that the White House – specifically Rhodes – was more interested in the State Department’s concerns, and more focused on the talking points, that the email actually stated.

The email was sent to former National Security Council spokesman Tommy Vietor, CIA spokeswoman Cynthia Rapp, State Department spokeswoman Victoria Nuland, State Department official Jake Sullivan, spokesman for the Office of the Director of National Intelligence Shawn Turner and others whose names have been redacted from the copy of the email obtained by CNN. The subject line of the email is “Re: Revised HPSCI Talking Points for Review.” I'm hoping that since the "Tug-ocracy" that is this administration has always been will now [at LONG LAST] will FINALLY get the attention of the sock puppet media since the AP was 'tapped'.

Funny, isn't it? That all of these "journalists" have been so busy kissing the behind of the first "black president" that they never even THOUGHT THEY would be targeted. Guess that kind of thing happens all the time when the formerly "Free Press" gives up it's freedon for access to corruption.

"Not that any of this would actually matter, they are all Obama acolytes anyway."

"Why do we have the Government investigating itself. All we have left to do the work is the House, it's long and drawn out when the witnesses actually do testify regarding these scandals."

These are the same questions I'm struggling to answer Wesley.

If the entire government structure or even if only HALF of it is corrupt, what or who is left to do a thorough and honest investigation. Every time we look to the House, Boehner seems to have his head planted in the ground or up some other dark smelley somewhere else.

They even talk about a special committee or a special commission to investigate wrong doing. When was the last time you saw THAT effectively curtail dishonesty at the highest level?

"Pressure mounts on Boehner to appoint "select"committee on Benghazi".

When we here at REAL CONSERVATIVES recognize the futility of some of our wishes, wants, and needs it's easy to understand why we sometimes get "pissed off".

Glenn Beck was out with the truth quite early, about their multiple lies and deception.

I'm reminded that it was only a few months ago that all of our hopes at winning back our White House were dashed on the rocks of a humiliating defeat.

Now we reorganize and reboot using the quirks of negative liberal progressive democrat human nature and the indomitable conservative human spirit to begin our resurgence to power.

"Seven Days in May" always reminds me of the book which describes a military plot to remove a leftist president from power. Ah. Hope springs eternal....

The media is corrupt.

The media is complicit in the cover-up.

The media is protecting Obama and the administration and the interests of the liberal progressive democrat machine.

It's true though, unless we the people DEMAND answers, we will get none.

Justice will remain blinded unless We the People remove the shroud.