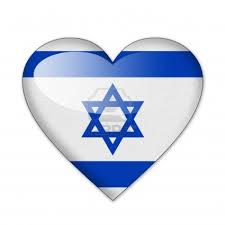 President Obama went to great lengths to convince Americans and Israelis that we stand should-to-shoulder with Israel but the private talks were just another round of demands for Israeli concessions, according to former U.S. Ambassador to the United Nations John Bolton.

“This is a trip that’s very rare in the sense that the public opportunities that the president has are about as divorced from the real substance of the private conversations as you can imagine,” Bolton told WND. “Publicly, there’s no doubt that the president wanted the photo opportunities and the appearance of smoothing over the difficulties that he’s had in his personal relationship with Prime Minister Netanyahu and also trying to smooth over some of the difficulties in the bilateral relationship between the two countries.”

According to Bolton, the president still favors returning to pre-1967 borders and agreeing with the Palestinians that settlement construction in the disputed territories must stop before any peace talks are renewed. He also says the fact Obama never publicly called for a new round of peace talks shows how futile that is in the current climate.

“I think where Obama is really tilting is toward both reality and his own reputation. You don’t want to call for a new round of peace talks that are destined to run into to the ground, said Bolton.

Another telling development from the trip is Obama’s repeated assessment that Iran is at least a year away from a nuclear bomb. Bolton says the message behind that estimate is crystal clear.

Read more from this story HERE.

Short documentary released this week warns Obama is selling out Israel by pressure to retreat. In a short documentary released this week, William “Bill” Langfan, a World War II veteran and witness to the Nazi death camps, warns that U.S. President Barack Obama’s  pressuring Israel to retreat to 1948 Armistice lines is another version of the 1938 Munich appeasement of Adolf Hitler.

In the 15-minute-long film, Langfan, who participated in the 1944 Normandy landings and the Battle of the Bulge, remembers reading about the shameful sellout of Czechoslovakia by Britain’s Neville Chamberlain as a 16-year-old growing up in New York.

By making it impossible for Czechoslovakia to defend itself and forcing it to relinquish the Sudetenland to Hitler, the West sealed Czechoslovakia’s fate: The Nazis conquered the country the following spring.

Langfan, who has spent decades studying Israel’s security situation, warns that Obama, aided by England France and the European Union, is pressuring Israel to weaken itself by ceding territory to a terrorist Palestinian Authority that remains virulently anti-Semitic and depicts Israelis in terms reminiscent of Nazi propagandist Josef Goebbels. 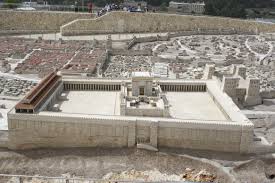 For years, the PA leaders have denied Jewish history both in ancient Judea and Samaria and in Jerusalem in particular with historical revisionism centering on the denial that a Jewish Temple ever existed in Jerusalem as they consistently refer to the Temple as the alleged temple.

This Palestinian claim that the temple never existed contradicts the Koran where it mentions in Sura 17:2-7 the destruction of both the first and second Jewish temples in Jerusalem. The Palestinians accuse Israel of forging a false Jewish history in order to Judaize the Temple Mount so they can destroy al Aqsa Mosque and build a Jewish temple on this holy site.

Jimmy's Prophetic Prospective on the News

The Palestinian claim that there never was a Jewish temple in Jerusalem is a contradiction of history and archaeological record and it does set the stage for Bible prophecy to be fulfilled.

For years, the propaganda of the Palestinian leadership in Israel has been focused on the Temple Mount in Jerusalem and the declaration that there has never been a Jewish temple on this holy site sacred to the Jewish people. Palestinian claims of the Jews forging Jewish history for the Temple Mount are in the face of impeccable Jewish and Christian sources, plus these claims go against the archaeological record documented for this area.

In fact, these claims by the Palestinians of no temple in Jerusalem contradict the statements of Jesus Christ who not only taught on the Temple Mount at the temple, but predicted in Matthew 24:2 that the temple would be destroyed as it was in 70AD by the Roman army. These Palestinian statements about the Temple Mount not being Jewish denies their own holy book, the Koran, but also confirms the prophetic scenario for the last days that can be found in Bible prophecy.

Zechariah, the ancient Jewish prophet, revealed the future when he wrote that Jerusalem will be the center of controversy in the end times, Zechariah 12:2. He also wrote of another Jewish temple that will be built there on the temple Mount in Jerusalem by the Messiah, Jesus Christ, Zechariah 6:12.

Palestinian claims aside, Bible prophecy will indeed be fulfilled.

A spirit of accommodation is wafting about in and around Jerusalem during these increasingly strange times. Israel seems─if Israeli President Shimon Peres is speaking from his heart─to be in agreement that a peace arrangement is all but a done deal.

"President Shimon Peres has commented on the peace process in his speech before the European Parliament plenum: 'The peace process with the Palestinians already has an agreed beginning and an agreed solution. Two states for two nations. An Arab state - Palestine. A Jewish state - Israel - living in peace, security and economic cooperation.' Peres added: 'Peace for Israel is not just a strategic choice. It is a moral call which stems from the depth of our heritage.'" ("Peres: Two States Solution Agreed Beginning for Peace," Israel News, March 12, 2013).

It is becoming more apparent by the day that a number of members of the Israeli government harbor not the spirit of King David, a man after God's own heart, but another spirit─perhaps the spirit of Antichrist, which observably infects the humanistic, diplomatic world as condemned in Psalms, chapter 2.

"The kings of the earth set themselves, and the rulers take counsel together, against the LORD, and against his anointed, saying, Let us break their bands asunder, and cast away their cords from us" (Psalm 2:2-3).

While Peres' words, understandably, reflect the sentiments of the dovish elements within the coalition that Israeli Prime Minister Benjamin Netanyahu is struggling to hold together, it cannot be ignored that Netanyahu's silence on the matters of a two-state proposition is deafening. We might just be very near the time when a peace covenant is cobbled that will bring to front and center the prophecy that leads to the consummation of the age. That covenant─well known by most Bible prophecy students─is given by the prophet Daniel:

"And after threescore and two weeks shall Messiah be cut off, but not for himself: and the people of the prince that shall come shall destroy the city and the sanctuary; and the end thereof shall be with a flood, and unto the end of the war desolations are determined. And he shall confirm the covenant with many for one week: and in the midst of the week he shall cause the sacrifice and the oblation to cease, and for the overspreading of abominations he shall make it desolate, even until the consummation, and that determined shall be poured upon the desolate" (Daniel 9: 26-27).

Like many observers of the times who hold to a Pre-Trib view of Bible prophecy propose, we understand that there must be a covenant in place when the "prince that shall come," Antichrist, steps forward as a world leader from the area of the European Union (EU). Although such building material for a covenant has for some time been in place as backdrop─a proposed foundational bed of understanding that a two-state solution (a nation of Israel and a nation of Palestine) will eventually be confirmed-the implementation of such a solution has been unreachable. There are too many reasons that this has been so to go into in this commentary. But, suffice it to say that the chasm separating the two sides has been one seemingly impossible to span. There has been almost complete intransigence on the part of those negotiating from the so-called Palestinian side. And, until the statement by Peres, there seemed only a cat and mouse-type hinting that the Benjamin Netanyahu government was toying around with the idea of eventually sitting down to talk with the inheritors of Yasser Arafat's hatred for Israel.

Now, Shimon Peres declares, "Peace for Israel is not just a strategic choice. It is a moral call, which stems from the depth of our heritage." He thus blatantly─in my opinion, equates Israel's refusal to agree to giving-up God-given land for a Satan-inspired-peace in a two-state solution as being immoral. This is precisely what the Israel-hating majority in the United Nations and in the diplomatic world, not to mention the entire Arab world have been declaring for years. Israel is the occupier...

Benjamin Netanyahu seems in a severe bind. He is desperately trying to hold on to a very tenuous coalition─a coalition that is ready to make a covenant made with death and hell (read Isaiah 28:15, 18). It will be quite fascinating to observe goings on at Jerusalem, if and when President Obama goes there to work on the peace everyone is clamoring for these days.

All other signals point to the fact that this generation is on the brink of something most ominous. But Jesus, Himself, said that when we see these things begin to come to pass, we are to look up─our redemption draws near! (See Luke 21:28.)