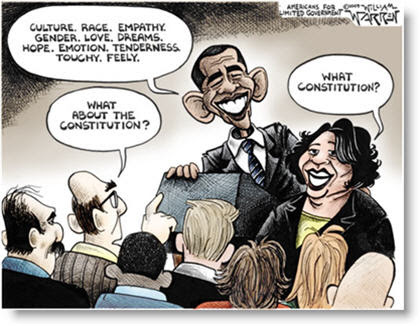 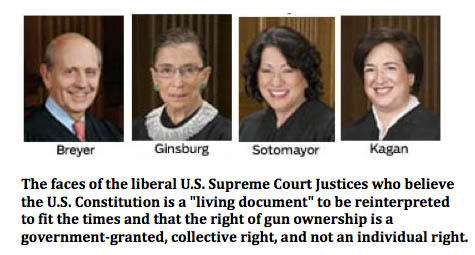 Still reeling from the Obama administration’s ongoing socialist makeover of their country, most Americans have understandably focused their outrage on the executive and legislative branches of government, watching a rogue president and radicalized Congress wreak havoc on the freest, most prosperous nation on earth.

Unquestionably, the most consequential downward changes America has suffered in recent decades – corruptions of law, foundational values and core institutions so radical that no president, no Congress, no governor or state legislature, could conceivably implement them – have been forced on Americans by a rogue judiciary.

And for every high-profile case like these, there are a multitude of others – like that of the Vermont judge who took a little girl away from her loving, Christian, biological mother and awarded full custody instead to the mother’s one-time lesbian partner who reportedly gives the child nightmares – decisions that, over time, have degraded Americans’ basic freedoms, faith, institutions and values.

Worse, Americans have long been deceived into believing there’s nothing they can do – that once a judge rules, it’s “game over,” especially when the Supreme Court decides a case. Only a constitutional amendment can trump a Supreme Court decision, we’ve been taught.

Though America’s judiciary has usurped power it does not constitutionally possess, it is only the cowardice and complicity of the other two branches of government – executive and legislative – and the ignorance of state governments and the general public that keep the modern myth of “judicial supremacy” alive.

Thomas Jefferson issued a dire warning to future generations of Americans. He said, ‘To consider the judges as the ultimate arbiters of all constitutional questions is a very dangerous doctrine indeed, and one which would place us under the despotism of an oligarchy.

America can – indeed must – reestablish the constitutional balance of powers and end the tyranny of the judiciary, which too long has served as the cutting edge in remolding America into the image of the political and moral left.

Have we been perfectly clear in this posting?

Want to keep this Conservative site, REAL CONSERVATIVES, a strong relevant factor moving forward to the 2016 elections? Have we adequately expressed your views? Have you been a loyal Member through all the battles? Click the link below.

Ginsburg is in failing health. It's likely Obama will appoint one more liberal progressive "living document" supreme court justice before he leaves our White House.