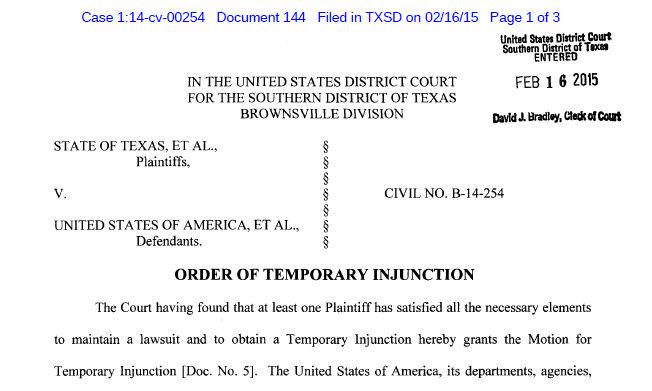 Alabama Supreme Court Chief Justice Roy Moore called out Harvard law professor and president, Barack Obama, and the Supreme Court, suggesting that those who believe a federal court can trump a state constitution have a “fundamental misunderstanding” as to who can make law in our nation.

“Well, I’d like to tell President Obama that he is entirely correct. Federal law does trump state law, but what this Harvard professor, who is president of our United States, does not understand,” quipped Chief Justice Moore, “is that a trial court’s decision about the constitutionality of a federal question, is just that. It’s an opinion.”

“It may be law of the case, before her,” said Chief Justice Moore. “It is not overturning the Alabama Constitution.”

“It is not made by judges,” Chief Justice Moore continued. “That is something very basic – something that speaker Boehner has just referred to, about the constitutional violations of this president and the Supreme Court. We are seeing this.”

“Those interpretations are not law,” stated Chief Justice Moore. “If they were, then the legislature would have no role. Legislators are to make law. Congress is to make law. The United States Supreme Court Constitution is law. So is the Alabama Constitution.”

“We have a fundamental misunderstanding in our country that federal courts, by their mere utterance, make law,” said Chief Justice Moore. “They do not make law sir. They make law of the case applicable to the parties before them.”

(CNSNews.com) –  A federal judge in Texas is expected to rule shortly on a lawsuit filed by 26 states asking him to declare President Obama’s executive amnesty unconstitutional under the “take Care that the Laws be faithfully executed” clause of the U.S. Constitution.

During oral arguments on the case in his packed courtroom in January, Judge Hanen, a George W. Bush appointee, said that the Southern District of Texas was the ideal place to decide the executive amnesty issue because “talking to anyone in Brownsville about immigration is like talking to Noah about the flood.”

The PEW Research Center reported that Texas has the second largest percentage of illegal immigrants in the nation (825,000 or 3.2 percent of the state’s population) who would be eligible under DACA.

“This lawsuit is not about immigration. It is about the rule of law, presidential power, and the structural limits of the U.S. Constitution,” according to the amended complaint filed by then Texas Governor-elect Greg Abbott in federal court in Brownsville, Texas on Dec. 9. 2014 with 23 other states.

“The DHS Directive purports to create legal rights for millions of undocumented immigrants. And it does so by rewriting the immigration laws and contradicting the priorities adopted by Congress,” the lawsuit argued, pointing out that Obama himself admitted that “he took an action to change the law” after repeatedly stating publicly that he had no legal authority to do so.

The plaintiffs pointed out that the president “repeatedly and forcefully urged Congress to pass the DREAM Act,” which would have allowed illegal immigrants to apply for permanent resident status if they entered the U.S. before their 16th birthdays and remained in the U.S. continuously for five years. But “neither congressional chamber passed the DREAM Act,” they noted.

“Notwithstanding his repeated insistence that he could not stretch his executive powers any further, the President announced his unilateral creation of the DACA program on June 15, 2012,” the lawsuit stated.

U.S. Deputy Attorney General Kathleen Hartnett countered that DHS was just trying to free up resources that it needed to protect national security instead of going after low-risk immigrants who posed no threat to Americans.

DHS “is removing as many people as it can with the resources that it has,” Hartnett told Judge Hanen. “This is not a policy about encouraging or incentivizing massive flows of people.”

But the two dozen states asking for relief argued otherwise. The surge of illegal immigrants “who are motivated primarily by the belief that they will not be deported… has imposed enormous law enforcement costs on the Plaintiff states,” they stated in the lawsuit.

“The Defendants have made clear that the DHS Directive will operate like the DACA program that came before it — namely, as an entitlement to relief for virtually every applicant who meets DHS’s eligibility criteria…

“At the most basic level, the Directive is a promise to openly tolerate entire classes of undocumented immigrants. In addition, the Directive offers affirmative legal inducements to stay” – including work permits and eligibility for Social Security and Medicare.

Two years ago, Hanen accused DHS of “successfully completing the mission of the criminal conspiracy” by not arresting, prosecuting and deporting a woman who paid $8,500 to a coyote to smuggle her 10-year-old daughter to the U.S. from El Salvador. The plaintiffs reminded the judge that he had declared such a policy “a dangerous course of action” that promotes human trafficking and helps fund illegal drug cartels.

“The difference is both the Presidents Reagan and Bush were executing laws that were passed by the United States Congress when they issued those executive orders,” Abbott replied. “What President Obama is doing is he is issuing an executive order because Congress will not pass a law. That's completely different.

“As it concerns the prosecutorial discretion, understand this: While the president or his attorneys may have the discretion whether or not to prosecute someone, they don't have the authority to give rights to people they are not prosecuting and put burdens on other agencies to carry out all these orders.”

Obama has challenged We the People at almost every level of government including states rights.

Only a few patriots have been willing to face and fight Washington DC power politics. Judge Roy Moore is one. Sheriff Joe Arpaio is another. Senator Ted Cruz is another.