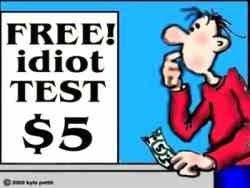 ...see how the Fake News  Media

There have been more Fake News lies FALSELY purported regarding President Trump's remarks about curtailing Corona Virus Testing. Just another example of how the Fake News Mainstream Media will twist the truth about anything relating to "Trump".

By omission, they deliberately spin the fact that the reason there are more cases is that there is a lot more testing in the U.S. They don't tell you that just because we are discovering more cases in the general population through more testing, that the more cases they find supports the supposition that if the mortality rate is decreasing due to the enhanced testing numbers (25 million and counting) it is because when you divide the higher value (number of cases) into the total deaths, you get a much more accurate, and LOWER, value on the "Mortality (death)RATE"

SEE THE FULL MATHEMATICAL EXPLANATION I POSTED AT THE BEGINNING OF THE PHONY CORONAVIRUS PANIC WHEN IT FIRST STARTED, ON MARCH 30th,

Here is President Trump trying to explain the math to another Fake News Useful Idiot in an impromptu presser on the White House lawn before embarking on the helicopter, Marine One. The CNN useful Idiot still didn't get it...or really did "get it" but ignored the powerful mathematical truth of what the President was attempting to explain to her. Trying to explain simple math to idiots like this is futile, but the President is a very patient man. I wish I had had him around when trying to teach math to my three daughters. He explained it better than the imminent Dr. Fauci: