MAO'bama: A world-renowned WRITer and RIGHTer Fearless Leader of the Free World

...to make them fearless


"TERRORISTS HAVE RIGHTS, TOO"

(Latin: “You (shall) have the body” is a legal action, or writ, through which a person can seek relief from their unlawful detention or that of another person. It protects individuals from harming themselves or from being harmed by the judicial system. Of English origin, the writ of habeas corpus has historically been an important instrument for the safeguarding of individual freedom against arbitrary state action. If Barack Hussein Obama isn't the very epitome of a Clear and Present Danger, I don't know who is no matter what that sycophant Shepard Smith of Fox News says. Shut up Shepard. Obviously, Shepard Smith has no earthly concept of our Constitution of the United States. If he did have an inkling of a clue perhaps sane people would actually think he has two coherent thoughts that can put together. Until then...

While Hussein goes on his European World Look At Me Tour dissing and pissing people off, Europe goes Conservative, Lebanon kicks Hizzballah's ass in elections and goes Conservative and aligns themselves with Israel and Israel tells Obama to cram it. He sits at his desk with the bottoms of his shoes exposed as he sits and talks with Israel's #1 clueless about what that means. I can smell his ignorance, stupidity, anti-Israel and anti-Americanist self from Texas.

However, what brought this particular writing to fruition is the Imam Obam of DC's directive to read the Miranda rights to those captured in Afghanistan. And to think this effete futz claims to be some sort of a constitutional something or other. I wonder where exactly in the United States Constitution this edict is derived. When I first heard this lunacy, I immediately went to my Constitution and tried real hard to find the justification of this Obamaism and lo and behold, it does not exists. Keep in mind that as Obama tries to equate himself to FDR, Lincoln and Reagan, he is actually taking his cues from Woodrow Wilson and Harry S Truman. Let's give Obama a history lesson seeing that he himself has stated openly that he is in fact a student of history. So far, I have not found where the following has been overturned, changed or amended.

Harry S Truman claimed vast Presidential "inherent powers" and was threatened with impeachment if he persisted in taking powers not available to him in the Constitution of the United States. I laugh at that because there are no men with spines to take Obama to task on his taking and claiming overbearing and overreaching of unconstitutional edicts and powers unto himself in a contrived and invented "crisis".

Judge David A Pine stated after Truman claimed "inherent" power of the Presidency:

The non-existence of this "inherent" power in the President has been recognized by eminent writers, and I cite in this connection the unequivocal language of the late Chief Justice William Howards Taft in his treatise entitled Our Chief Magistrate and His Powers (1916) wherein he says: "The true view of the Executive function is, as I conceive it, that the President can exercise no power which cannot be fairly and reasonably traced to some specific grant of power or justly implied and included within such express grant as proper and necessary to its exercise. Such specific grant must be either in the Federal Constitution or in an Act of Congress passed in pursuance thereof. There is no undefined residuum of power which he can exercise because it seems to him to be in the public interest, and there is nothing in the Neagle case and its definition of a law of the United States, or in other precedents, warranting such an inference. The grants of Executive power are necessarily in general terms in order not to embarrass the Executive within the field of action plainly marked for him, but his jurisdiction must be justified and vindicated by affirmative constitutional or statutory provision, or is does not exist." (US House, The Steel Seizure Case, 428)

I am amazed that we, as in we Conservatives, True American Patriots, that were paying attention, that this move by Obama and his Clansmen and sycophants would do exactly that which is happening at this point in time in all respects.

Terrorist states are seeking nuclear weapons without delay … he wants to meet them without preconditions.

Al-Qaida terrorists still plot to inflict catastrophic harm on America … he’s worried that someone won’t read them their rights?

If Tenet is right, it’s a good thing KSM was captured before Barack Obama became president. For, the Obama Justice Department has quietly ordered FBI agents to read Miranda rights to high value detainees captured and held at U.S. detention facilities in Afghanistan, according a senior Republican on the House Intelligence Committee. “The administration has decided to change the focus to law enforcement. Here’s the problem. You have foreign fighters who are targeting US troops today – foreign fighters who go to another country to kill Americans. We capture them…and they’re reading them their rights – Mirandizing these foreign fighters,” says Representative Mike Rogers, who recently met with military, intelligence and law enforcement officials on a fact-finding trip to Afghanistan.

Rogers, a former FBI special agent and U.S. Army officer, says the Obama administration has not briefed Congress on the new policy. “I was a little surprised to find it taking place when I showed up because we hadn’t been briefed on it, I didn’t know about it. We’re still trying to get to the bottom of it, but it is clearly a part of this new global justice initiative.”


This frog-kissing bastard didn't even brief Congress and that is a transgression that cannot be forgiven save for impeachment in my estimation. Hell, GWB, as screwed up as he was in so many areas, like Rachel Maddow so stated a few weeks ago, wouldn't even contemplate pulling crap like this. Transparency my ass. This Third World Mentality having thug from the southside of Chicago is going to get men and women killed in this war and maybe that is his intent after all...seeing that he is in fact a Muslim as his own Marxist dot gov site so leaked out last week. Don't tell Shep from Fox News that...he is incapable of paying attention to details.

So, this leads to pointing out once again that Obama is a liar second to none. This bloviating international embarrassment said a while back:

Now, do these folks deserve miranda rights? Do they deserve to be treated like a shoplifter down the block? Of course not.

Lying ass bastard, traiter and treasonous bastard to boot. Sarah Palin said Obama would do this and then he made fun of her. Gee, who is the lying ass now? Listen to these fools in this video...makes me ill to think that morons voted for this fraud.

What we are going to see is a rapid drop of prisoners taken and a sharp rise of dead terrorists for the crows and worms to eat. We are also going to see a rise in US casualties as some will try and function under this new unconstitutional decree.

This gives new meaning to Sarah's "I told you so" statement a few days ago.

Obama is no longer, if he ever was to start off with, capable of effective action. He is ineffectual to say the least and he is a self-induced hallucination of his own making, in his own mind. He deals with issues pertinent to our very survival as if he was organizing slum dwellers in Chicago in a trifling manner, nonchalant in nature. In short, he is farting around (futzing) with our survival and he doesn't even know it. Or, he does and he is a Jihadi plant bent on the destruction of this Nation from within, just like the Communist List of 45.

It seems that he is aimlessly flitting about, blowing with the wind, busying himself in an attempt to give the impression that he knows what he is doing. Obviously, he is lost in his own space.

Permalink Reply by PHILIP SCHNEIDER on December 29, 2009 at 10:02am
It seems to me that Eric Holder's plan of trying a few selected terrorists from GITMO in the heart of New York City has already yielded results. The next airline bomber moved his target 450 miles due west to Detroit.
Way to go (ERR) ic !

Permalink Reply by greywolf on December 29, 2009 at 1:32pm
I have said for many many years now,stupid people should not breed.Living proof is right under their nose`s 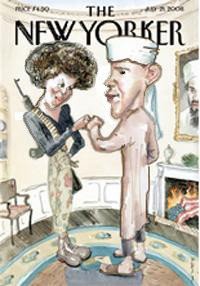 "he is a Jihadi plant bent on the destruction of this Nation from within, just like the Communist List of 45." Yep....This has been becoming more and more obvious to me in the past 6 months. He doesn't even try to hide his "Muslim" faith any longer, as he did when he was campaigining under the guise of a "Christian".
It won't be long until his Jihadist affiliations become evident to most Americans as well. But even then..... will any steps be taken towards impeachment or charges of treason? It looks like probably not.

Permalink Reply by greywolf on December 29, 2009 at 1:27pm
BO.has dropped so many bombs on us all and still there are those that say thank you mister P.!"So glad I`m not or ever will be brain washed by these IDIOTS!