Agents of our government have been exposed interfering with our elections by spying.

The liberal progressive democrat machine now includes agents and leadership of our FBI !

Senate Judiciary Chairman Chuck Grassley (R-Iowa) wrote a letter to the Department of Justice demanding explanations from Deputy Attorney General Rod Rosenstein about a number of text messages sent between FBI investigator Peter Strzok and his FBI-Attorney and girlfriend Lisa Page in 2016. The two made numerous disparaging remarks about then-candidate Donald Trump, while both of them were central characters in the FBI’s abortive investigation into Hillary Clinton’s use of a private email server during her time as Barack Obama’s secretary of state, and in Special Counsel Robert Mueller’s probe of the Trump/Russia narrative.

Insurance against a Trump presidency

In his letter, Grassley raised special concern over two of the more than 10,000 text messages that referred to an "insurance policy" against a Trump presidency, and a special phone that “can’t be traced” that was used when they talked about Hillary Clinton. The Inspector General of DOJ released the texts on Tuesday as part of an investigation into the conduct of the department’s probes into Hillary Clinton and then-candidate Donald Trump.

"Yesterday, the Justice Department released a subset of text messages requested by the Committee. The limited release of 375 text messages between Mr. Peter Strzok and Ms. Lisa Page indicate a highly politicized FBI environment during both the Clinton and Russia investigations. For example, one text message from Ms. Page proclaims to Mr. Strzok, ‘God(,) Trump is a loathsome human.’

“Some of these texts appear to go beyond merely expressing a private political opinion, and appear to cross the line into taking some official action to create an “insurance policy” against a Trump presidency,” wrote Grassley.

Grassley then noted what Strzok wrote to Page:

“‘I want to believe the path you threw out for consideration in Andy’s office – that there’s no way he gets elected – but I’m afraid we can’t take that risk. It’s like an insurance policy in the unlikely event you die before you’re 40…’”

It is presumed that “Andy” is a reference to Andrew McCabe, who was supervising both the investigation into Hillary Clinton and the Russia narrative. Page was an aide to McCabe, who became Acting-FBI Director earlier this year after President Trump fired then-FBI Director James Comey. Peter Strzok was dismissed from the Mueller team in August, a fact that was reported to the media then. However, the existence of the texts was not revealed until now. Christopher Wray became FBI Director in August. 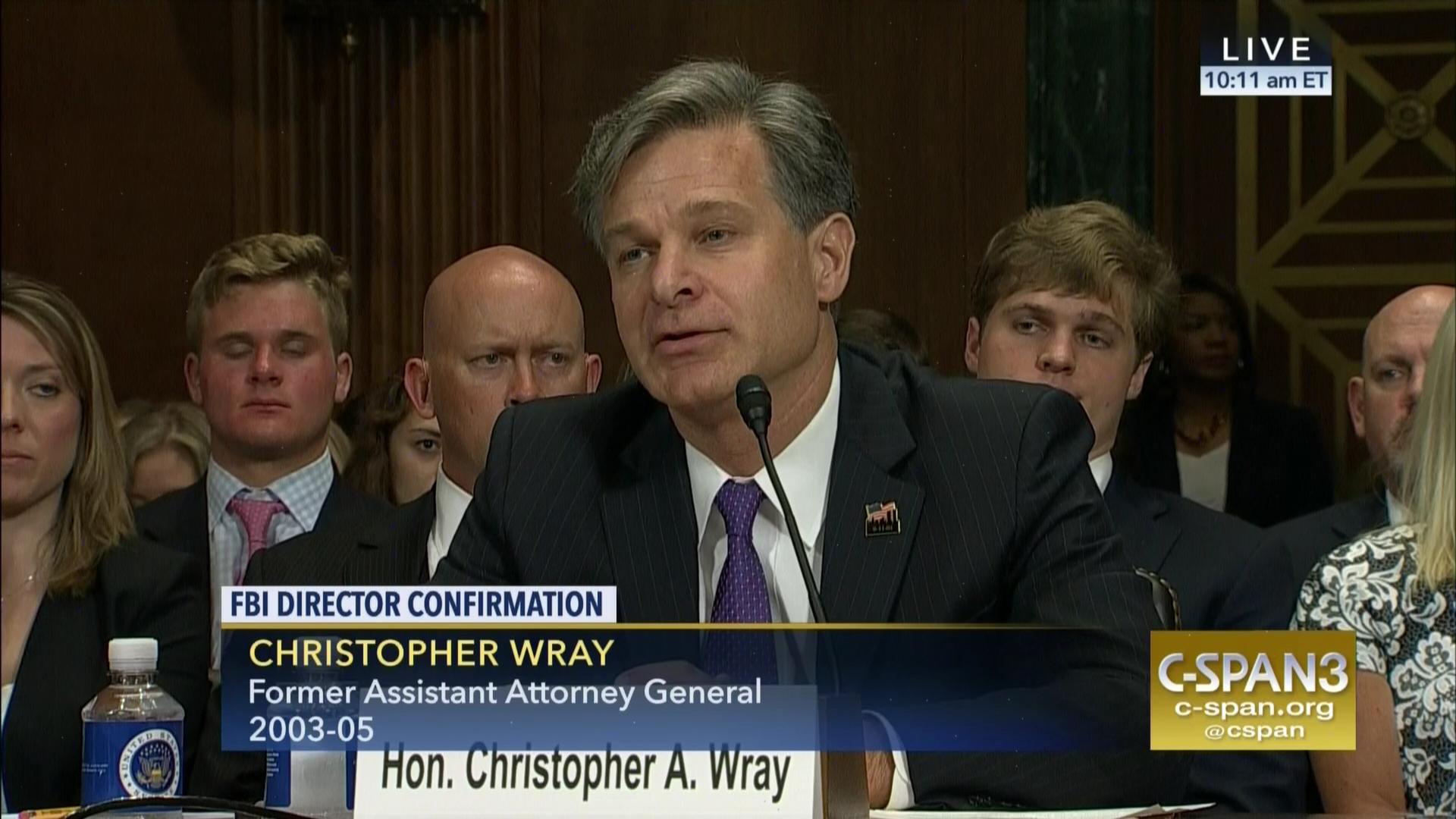 Also of concern to Grassley in Wednesday’s letter to DOJ is a text Page sent to Strzok on April 2, 2016, just days before Strzok questioned Huma Abedin, Hillary Clinton’s former top assistant, as well as another Clinton associate, Cheryl Mills. Page wrote, “So look, you say we text on that phone when we talk about hillary because it can’t be traced, you were just venting bc you feel bad that you’re gone so much but it can’t be helped right now.” The reference to “hillary” has been taken to mean Hillary Clinton, Grassley wrote, who continued, and “therefore could indicate that Mr. Strzok and Ms. Page engaged in other communications about an ongoing investigation on a different phone in an effort to prevent it from being traced."

On Wednesday, Grassley tweeted "FBI owes answers about ‘insurance policy’ against Trump victory," and added, "...why would senior FBI leaders use secret phones that ‘can’t be traced’ to talk Hillary?" He called for the Department of Justice to offer its full cooperation in order to “restore public trust. FBI can’t be political.”

Members of Congress are facing two major controversies that undermine the credibility of the Department of Justice and the FBI right now: Special Counsel Robert Mueller’s handling of the Trump/Russia investigation and the alleged use of a salacious dossier about Trump that was produced by the Fusion GPS opposition research firm at the behest of the Clinton campaign, on one hand, and then on the other hand the handling of the Clinton investigation. Both cases were active during last year's campaign, and both have been linked to the firing of FBI Director James Comey.

Grassley’s missive came after a contentious hearing Rosenstein had before the House Judiciary Committee on Wednesday. Rep. Jim Jordan (R-Ohio) and Rep. Trey Gowdy (R-SC) closely questioned Rosenstein over the communications between Page and Strzok, as well as Mueller’s ongoing investigation. Jordan pushed for Rosenstein to appoint a second special counsel to investigate allegations of anti-Trump bias within Mueller's team. Strzok, who was demoted and removed from Mueller's team in August, expressed his support for Hillary Clinton and called Trump a "f***ing idiot" and a "d**che" and wrote "F TRUMP."

Gowdy described several conflicts of interest in Mueller’s probe: an investigator who sent both anti-Trump and pro-Clinton texts, a prosecutor who attended Hillary Clinton’s election night party, a prosecutor who sent a “fawning email” to a fact witness, as well as FBI officials connected to Fusion GPS, the opposition research firm behind the infamous Trump dossier that was contracted by the Democratic National Committee and the Clinton campaign.

Did Mueller even ask his staff (like Peter Strzok) if they had conflict of interest or were unbiased? If not, he's incompetent. If he DID ask & Strzok told him the truth about his contempt for @POTUS, Mueller is biased. If he asked & Strzok LIED, then why isn't Strzok indicted?

In a post on social media website Twitter, Fox News contributor Mike Huckabee, asked if Special Counsel Mueller had asked staff members such as Peter Strzok if they had “conflict of interest or were unbiased.” He added, “f not, he's incompetent.  If he DID ask & Strzok told him the truth about his contempt for Trump, Mueller is biased. If he asked, and Strzok lied, then why isn't Strzok indicted?”

Deputy Attorney General Rosenstein said he supports Mueller's investigation and told the congressmen that despite the revelations in the text messages, he is "not aware of any impropriety" on part of the Special Counsel. "I think it's important that when we talk about political affiliation... The issue of bias is something different," in a reference to members of Mueller’s staff who have made contributions to Democrats in the past. He added, "We recognize we have employees with political opinions. And it's our responsibility to make sure those opinions do not influence their actions. And so, I believe that Director Mueller understands that and he is running that office appropriately." `

Andrew McCabe was scheduled to appear before the House Judiciary Committee this week, but his closed-door testimony was postponed at the last minute. Members of Congress are also interested in speaking to Peter Strzok. It was Strzok who was involved in the investigation of Hillary Clinton’s use of a non-classified private email server for classified communications. In 2016, then-FBI Director James Comey decided against criminally prosecuting Clinton, stating that she was “extremely careless” in her handling of classified communication but not “grossly negligent.” The latter could have exposed her to prosecution. Strzok reportedly suggested the change in wording.

The Wall Street Journal revealed before the November 2016 general election that Andrew McCabe, who was FBI Deputy Director at the time, had been responsible for overseeing the Clinton email investigation.

Dr. Jill McCabe -- a pediatrician and McCabe’s wife -- ran as a Democrat in a Virginia state senate race, raising $1.8 million in campaign funds. Virginia Gov. Terry McAuliffe, a Clinton confidant, directed $467,500 of her campaign budget from his political action committee. Additionally, the Virginia Democratic Party gave another $207,788 to Jill McCabe's campaign. McAuliffe’s ties to Hillary and Bill Clinton are close: in 2008, he chaired Hillary's 2008 national presidential campaign and was a potential VP running mate. In an October 16, 2016, press release, Virginia Sen. Dick Black, who went on to defeat Jill McCabe, called on Andrew McCabe to resign. Referring to the McCabe connection to the Clintons, Black stated: “When Hillary needs rescuing, Terry McAuliffe has always been there to do whatever needs to be done.”

Earlier today discussing the shocking undermining of our institutions of law and justice by highly placed political operatives and their abuse of power. It's an attempted coup d'etat! https://t.co/YEQLVTazZk

On Wednesday night, Tom Fitton, president of Judicial Watch, compared the FBI to the KGB -- the Soviet-era spy organization. "I think the FBI has been compromised," Fitton said on Fox News. "Forget about shutting down Mr. Mueller. Do we need to shut down the FBI because it was turned into a KGB-type operation by the Obama administration?" 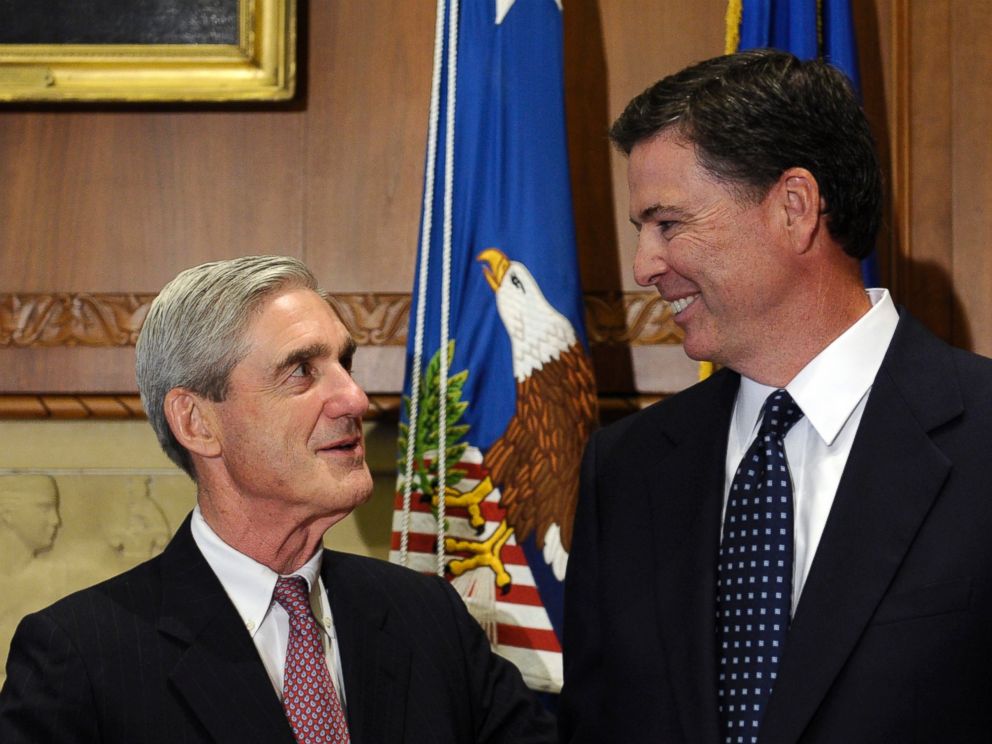 How did Shakespeare put it,

"first we'll kill all the lawyers" .