A REAL dialogue ...between REAL CONSERVATIVES: 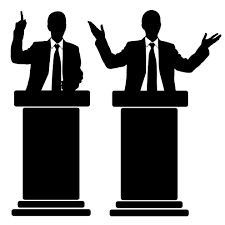 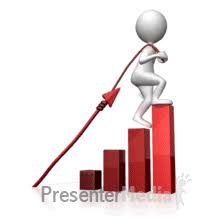 ( READ FROM THE BOTTOM UP )

If we can believe the media reports, the fact that President Trump has taken some very obvious steps to alter the existence of illegal aliens in our country, there are already people leaving our country in larger numbers than say before the November election.

Using this as an example of real life circumstances, when the information becomes unalterably solid that illegal aliens will not be allowed in this country, and that as proof of our resolve we build an impenetrable wall as evidence of our resolve, portions of the illegal alien population will leave on their own without any additional prompting.

I watched some media interviews over the last couple days. The media was attempting to make us feel bad for the illegal alien families who would be uprooted after x number of years hiding amongst our citizenry. The interviews asked the illegal aliens where would they go and what would they do? Of course they had been coached to give the saddest story you ever heard. Even the reporter was shown getting emotional. They kept asking, "how do you FEEL". It's the media process whereby they make our nation look bad.

BUT . . . . in doing these interviews, the media inadvertently added to OUR cause. For the millions of illegal aliens who pay close attention to the media for any mention of "illegal alien", these heart wrenching stories of illegal alien families being broken up, jobs lost, housing gone, welfare eliminated, etc. solidified the facts that our government has now gotten serious about enforcing the immigration law. They now see that the government is taking action. They see they no longer have an infinite time table to make their decision to leave on their own under their own chosen circumstances rather than wait until the inevitable arrest and detainment.

I see thousands taking the Romney trail of "self deporting". Given enough time and a President Trump plan which makes it a certainty that deportation will happen, our illegal alien population will decline to a point of reason.

How about an inducement of money? LOL, I know half of you spit out your last swallow of coffee. But wait, if we take all those foreign aid dollars that we give to countries that hate our guts and want to kill us, and offer a portion of that to illegal alien families AFTER they arrive at their new destination, isn't that killing two birds with the same stone?

Surely we can do this with humanity.

Your statement is EXACTLY what is needed to arrive at an effective course.

While brute force IS one of the answers to removing millions of illegal aliens, including all those who would be housed in temporary detainment centers, the logistics will cause a close companion to civil war. You can gauge the level of angst it would bring simply by watching President Trump attempt to temporarily stop the transportation of muslims in and out of our country from 7 terrorist nations while a system to vet immigrants is devised.
Sheriff Joe Arpaio was perhaps the most effective argument for brute force.
Unfortunately the sheriff failed to get re-elected. I DON"T WANT that happening to President Trump.
Our nation has too many problems more important than the rate at which we remove illegal aliens.
Conservatives rarely have control of both houses of congress AND the White House. With the liberal progressive democrat machine and media aligned with democratically appointed liberal judges willing to throw out the rules of law, we have to be very precise about how to pick our fights.
I choose slow but (sure) over slam bam, clap your hands, thank you mam.
The state of Texas is more prepared to answer the call to be the first state for this experiment than any of the other 49. What ever form of action President Trump decides is in our best interest to rid ourselves of this illegal alien problem, I'm on it.

..." The illegals arrived here over a period of years. "

We need serious, expert, input from citizens like yourself,

from whose direct experience with the nature of the logistics,

we can be lead to the answers we desperately seek.

The threat of brute force can be very effective
...when coupled with mercy

...the combination of both

being more powerful than either, alone.

We must never lose sight of our humanity.

The eyes of Texas are upon us!

Yeah, I know round ups and I know illegals. I can see both from my valley view front window.
Differences though are huge. Illegals are being protected by millions of liberals stray cattle have no such protection.
One of my hesitations comes from living with jailed criminals as a guard. Prisoners create amazing crisis when looked like in the above "solution". It's never been attempted with millions of inmates.
I prefer deportations during the normal processes of daily life. Pickup illegals during normal screens and traffic stops. The illegals arrived here over a period of years. They can be returned at an improved rate eliminating the hike, replacing that with passenger vehicles.

As a Texan you should know that

before you start a cattle drive

I tend NOT to want to do this.